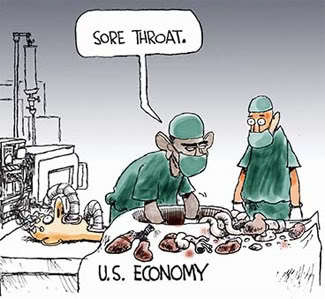 In a winter day of 2009 a new president was walking to the White House. People were screaming for him. They had the hope for ‘change’. Nothing was the same anymore. The union was iminant. People would live together, talk together, walk together and of course vote together.

That day was a historic day. Not only for U.S. but the entire world. The big economic crisis on U.S. soil has spread to the other countries one by one. That was a hope for all those countries and citizens. A different president could change something.

Bad policies of the former president Bush had brought the America to the line of bankruptcy. They were attacking ractlessly and yelling carelessly. New president could, in fact should change those policies.

But since the day Obama become the new president of the White House, nothing happened so sudden. Campaign speeches were clear: “We will develope the health care, education, economy etc. Yes We Can!”.

After all those years, people started to rethink their dreams and votes. Yes, America may be a land of opportunities. But any president can’t break the bars in the people’s minds which protects their all habbits. It’s more than an election matter. It is a generation matter. They cannot start hugging each other after one day. They cannot stop hurting each other after one day. And they cannot be united after one day. It was hopeful but short dream of the American voters. They really believed that someone can put an end to this. But nothing changed.

What about economy? It didn’t recover itself since then. Still companies are crushing. Still unemployment is one big issue. Millions of people don’t have a job. All those helping packages stuff didn’t work. You can’t fix a contury’s economy by ‘only’ spending its own money. Either the economy is worse than they actually thought or they just don’t know what to do. Both situations are a bigger disaster for the economy. That’s for sure. Even Obama admits that the economy can recover after a couple of years.

When is the next election?